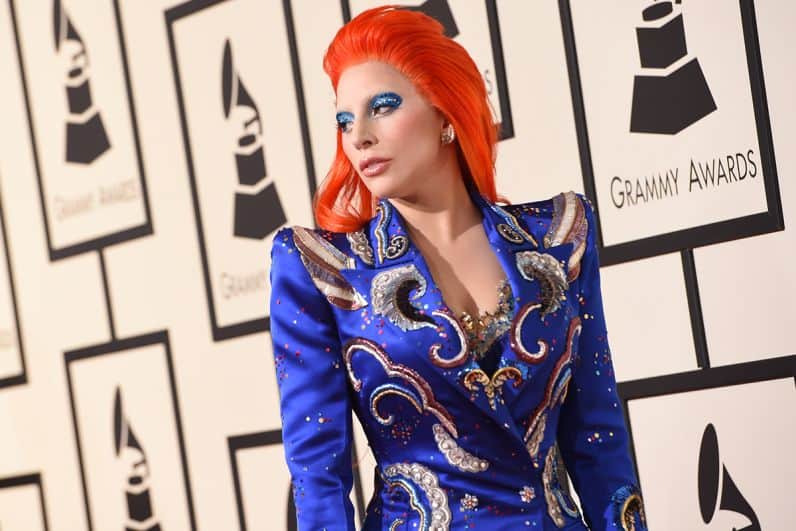 A more suited title would be ‘Worst and worst dressed’. I mean, what the fuck happened out there? Last time I checked the Grammys were just about the edgiest, loudest, coolest, funkiest and most sophisticated fashion forward red carpet of all. It was about having fun and being outspoken style and fashion wise.

Oh there was outspoken’ness alright, with Taylor Swift slamming Kanye West, thank God. I don’t care how talented his ass is, or how much of a self proclaimed God he is, or how cool and fashion-music-and-everyitng-us-mortals-can-t-grasp-he is, he is a dick. And nothing in the world excuses it. And he ain’t a dick just now, after saying on record what he said about Taylor, but cause of all the crap he continues to say and has said since he popped his head in the rich and famous world. No, you motherfucking punk ass, you can’t pick on women, and expect the world to go along cause you’re talented! And I used to be a fan. At this point on I couldn’t care less for his Pablo nor his music. He’s a poor man. And yes I did just use this Grammy post to finally put my thoughts out there. As if anyone gives a fuck, but I owe it to myself.

For the record I still don’t like Taylor Swift, but she was wronged.

As E! very well put it, 2016 Grammys were awkward and uncomfortable. I haven’t attended, obviously, but it sure looked kinda weird, less effortless, less fun than it usually is. See Ariana’s joke nobody laughed at, Miss Swift being happier than Ed for his win (awkward), the red carpet infinite misses. Adele’s shit happened.

But the highs were fucking high. Lady Gaga was of course amazing in paying her tribute to David Bowie. Fantastic performance, outfits and moment. Kendrick Lamar killed it with his performance and practically won the Grammys with ‘To Pimp A Butterfly’. I bet Kanye is now working on his next Twitter rant.

And yet the world keeps moving. And so should I. 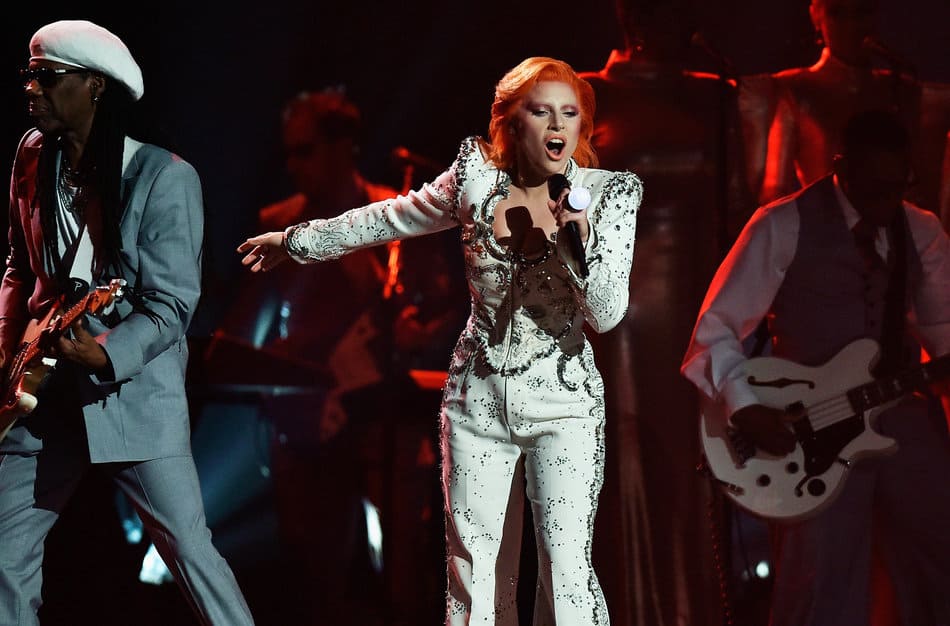 This will be the shortest list in history, with Giuliana Rancic reigning in that amazing golden edgy incredibly sophisticated and powerful dress. SLAY G! My favourite of the night. Another fave of mine was Selena Gomez in her dark blue Calvin Klein. Simple glam and effortless at the same time. Beautiful. Lady Gaga payed an homage to David Bowie and nailed it. LOVED the blue dress. Beyonce did not do the red carpet, but her dress was pretty nice. One of my fave looks for Bey. Very effortless and beautiful. 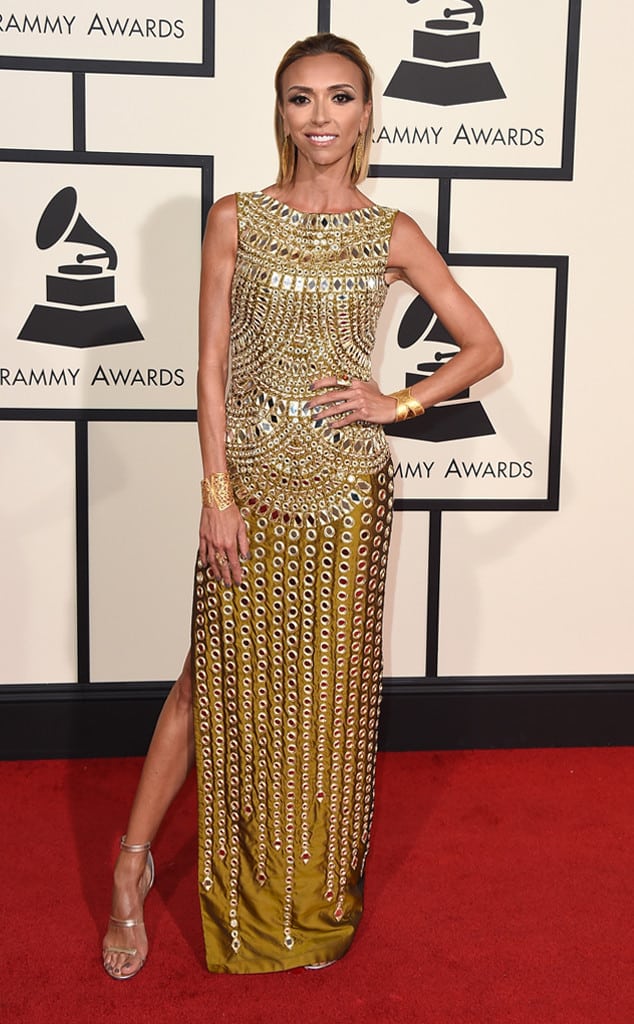 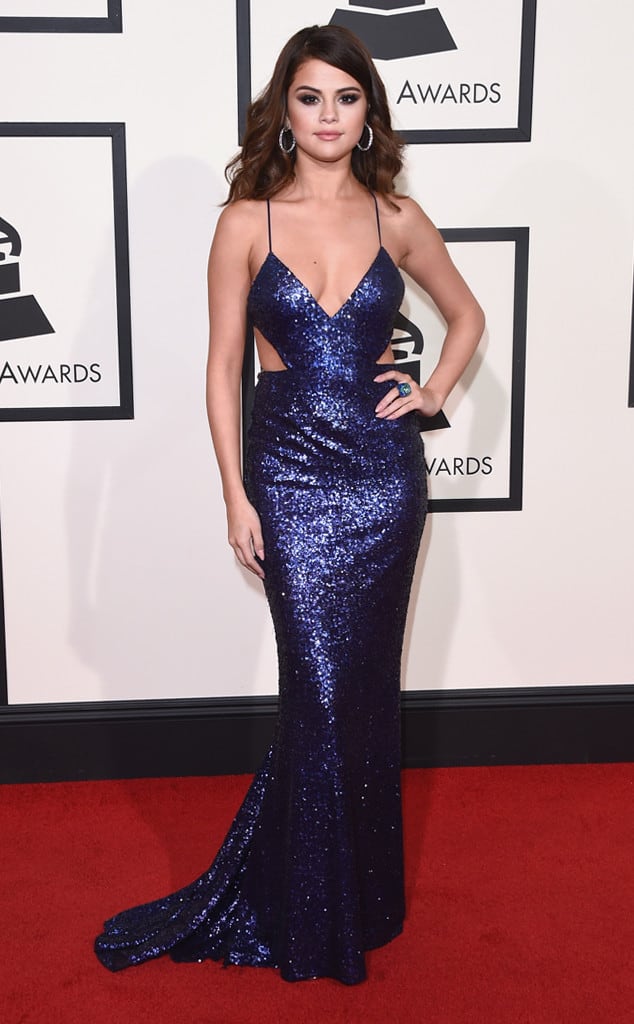 I also liked Zuri Hall in classic black mermaid with just a bit of sheer for a touch of edge. LOVED Kehlani‘s red long sleeve gown. So 70’s diva-glamorous and relaxed. Liz Hernandez was very young and fresh and sexy, and I kinda liked it. 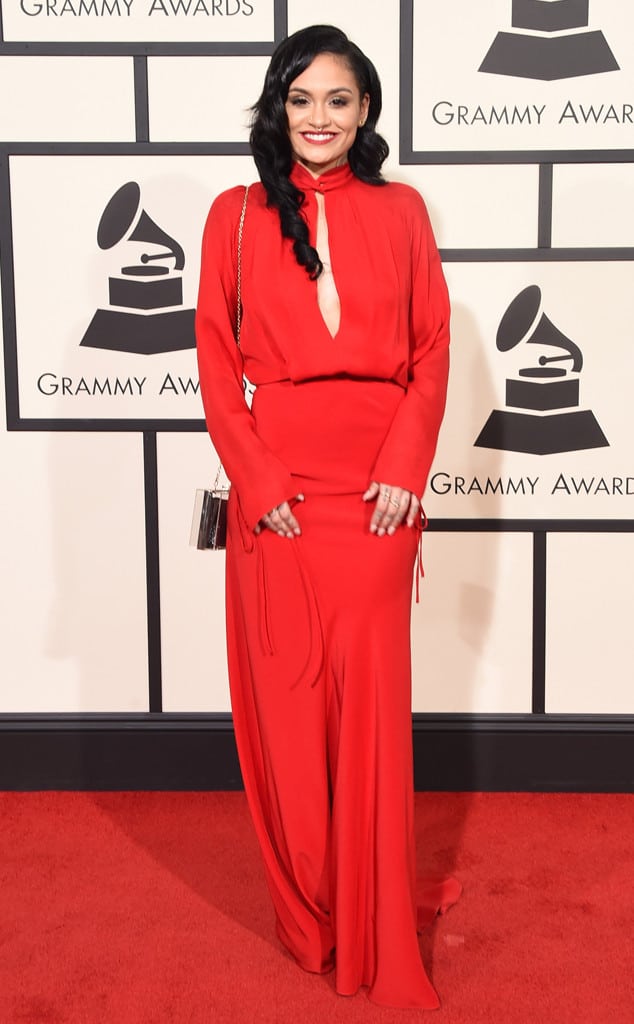 A more sophisticated version of that dress and look, was nailed by Seraiah, who kinda looks like Rihanna. (her hair ain’t helping her much either. It’s a good thing to look like Rih, but a bad one as well, when you’re in the same business you know). 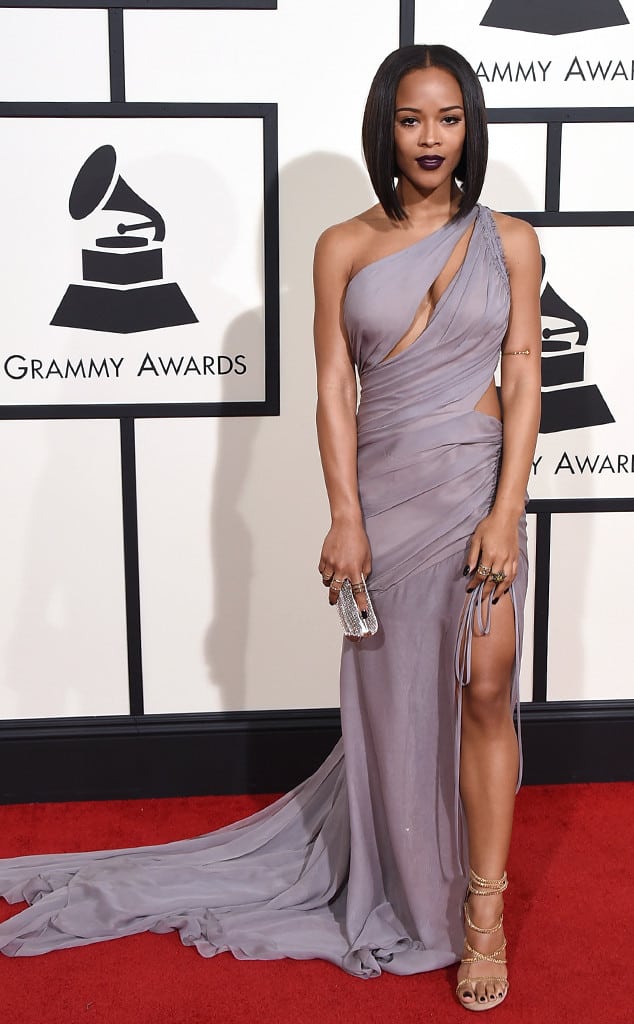 Bella Hadid was bella alright! Really hot and gorgeous look. Ellie Goulding‘s dress was amazing in the back. A bit ill fitted in the front, but she looked gorge! Love the hair and the colour of the dress. 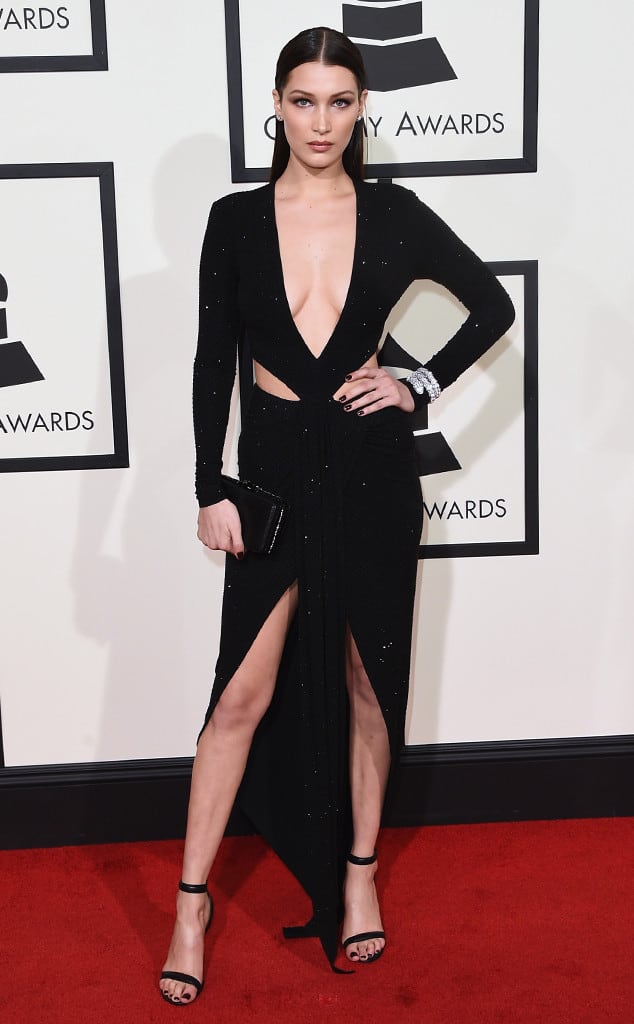 Kacey Musgraves looks like she dipped in graves and then polished herself up for the night. Given the horrendous worst dresses, hers was a blessing in the stars. 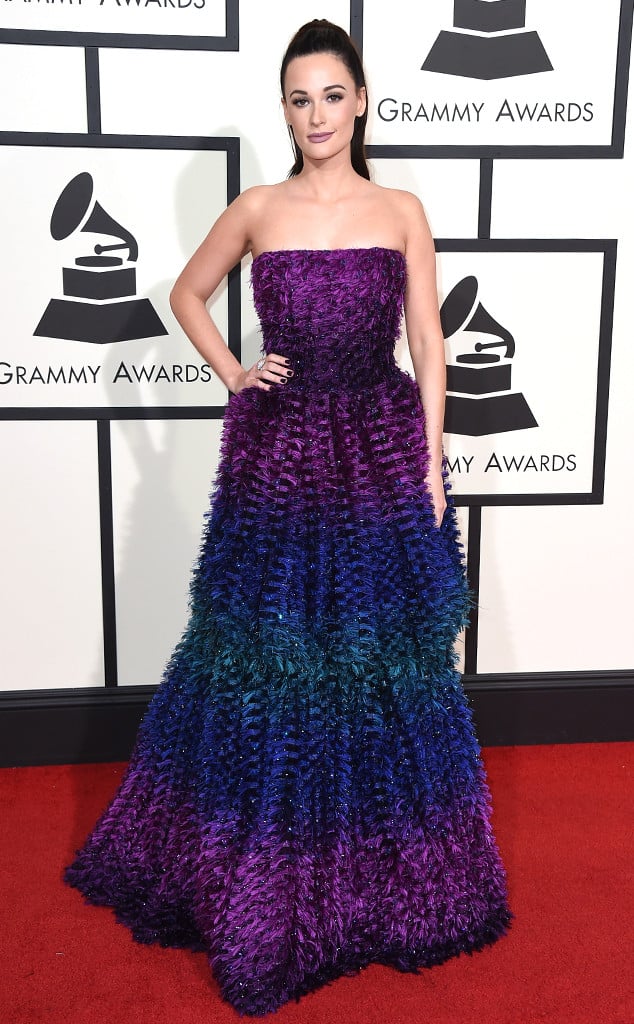 And then there were those dresses that were just: ‘Seriously! That’s all you could do? Why bother show up if you can’t put an effort into a fab dress. What a waste of all those designers and money and stylists.’ I seriously don’t get how – to this day, with all the given premises – we still have worst dressed.

Anyway, the following ladies were not bad, but I’m not blown away either. On any other given day, I’d have thrown them in the worst dressed bucket. I’m feeling kinder today.

Taylor Swift’s look was very Anna Wintour’ish. The hair, truth be told I’m not feeling but he dress, I mean the skirt, knickers and bra look kinda great on her. She look young and fresh, and the colour combo looks amazing. So it’s a YES for me this time. Chrissy Teigen. Of course she did white. I was considering putting MYA in the worst, cause I feel her dress and look is so old Tuesday, but it’s OK. It’s an okay dress, so… here she is. 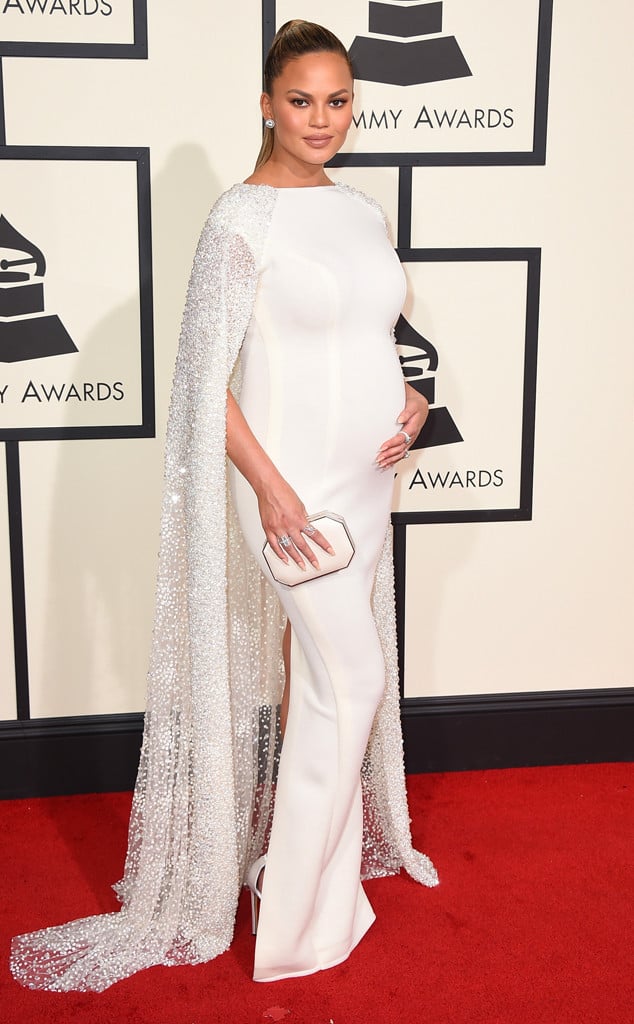 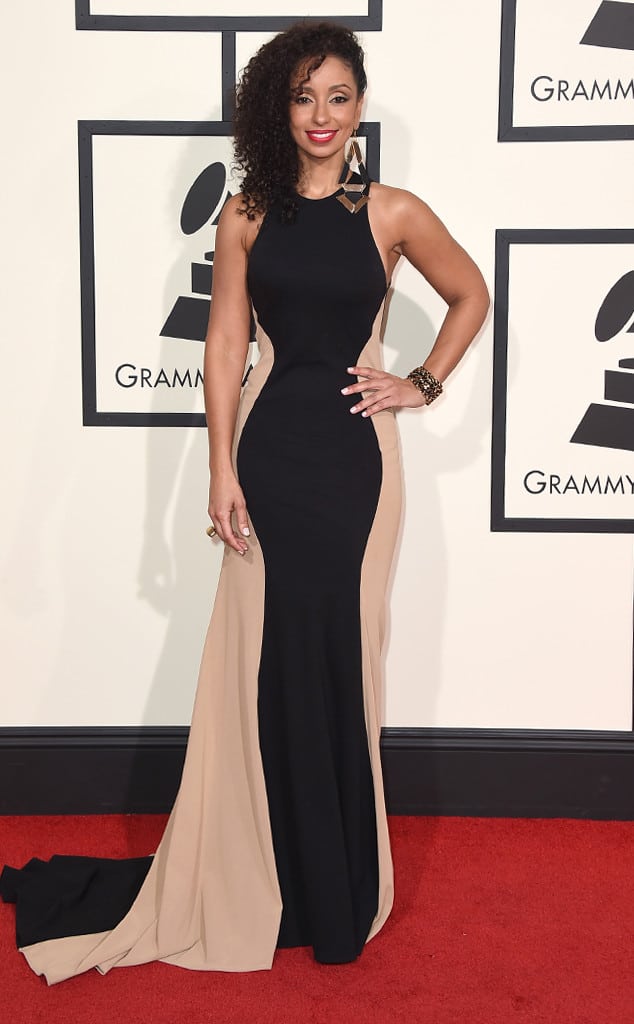 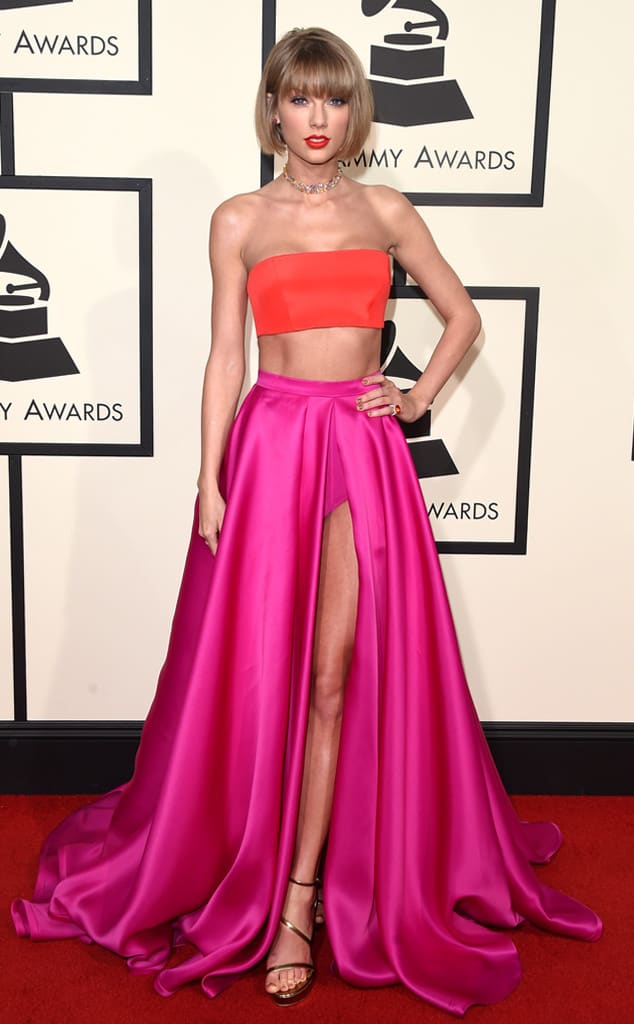 Florence Welch… she was alright. Not my style, but not bad. Kaley Cuoco was kinda cool looking. Great jumpsuit and hair and very clean lean and effortless style overall. Anoushka Shankar, I loved her dress, colours, jewellery. Beautiful. 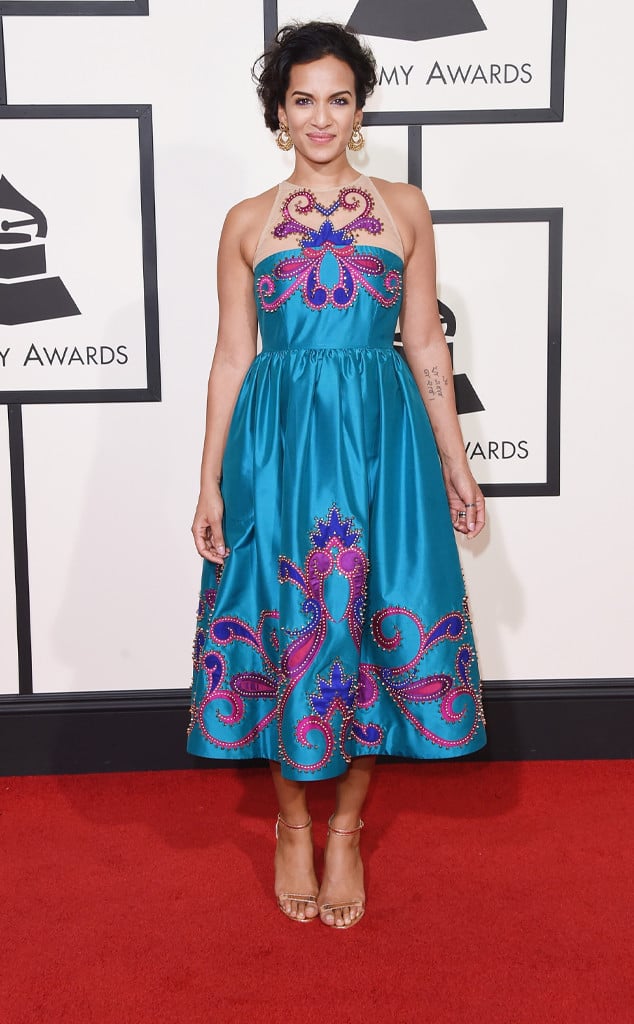 Everyone else basically. And not so much worst, as in major disappointment. I’m looking at you Demi Lovato. What the hell, is that all you could come up with? Adele was in black. Groundbreaking. Ariana Grande in her hair and mermaid red dress. Same level of groundbreaking. I wasn’t feeling Alessandra Ambrosio’s dress either. Too much. Eyes too dark, too much black, too many stripes and chokers, and slits, and bits. Dammit. 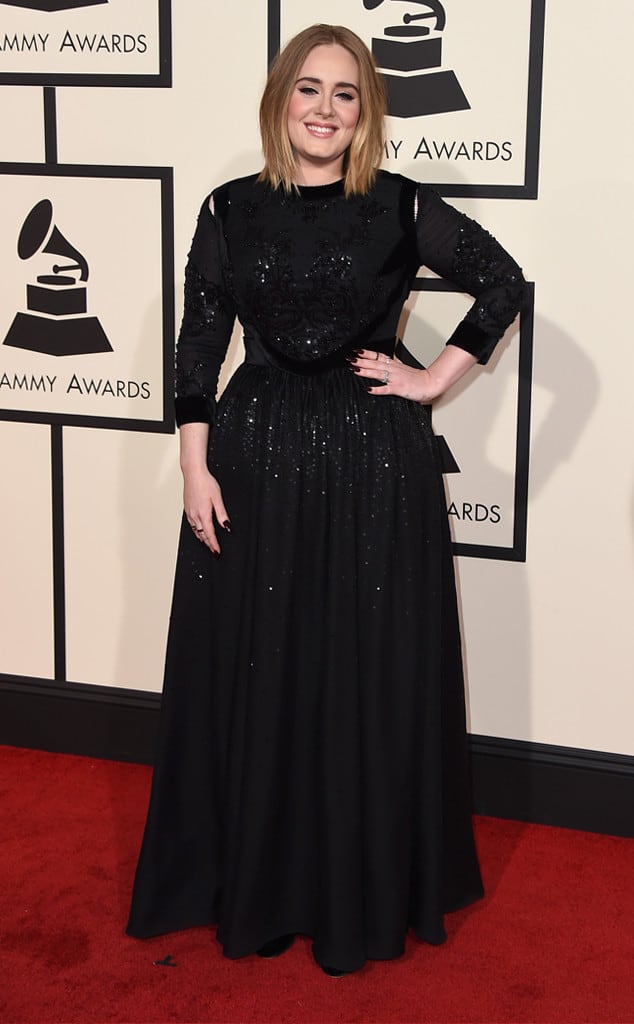 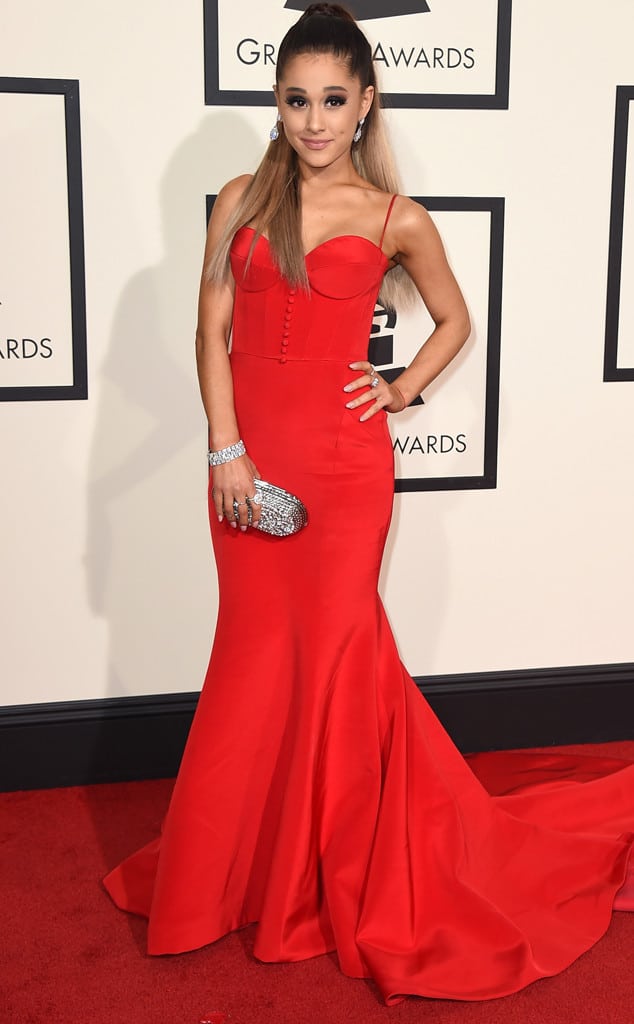 Janelle, you look ridiculous. Please go home and change. Ciara, you came in your posh bath robe, lounge wear? Aww. Celeb life is a hard knock life, but girl, next time try and remember: when on the red carpet we do red carpet DRESSES. Okay. You go along now. Great bod tho.

I wonder does Anna Kendrick know she’s young and she can dress her age? 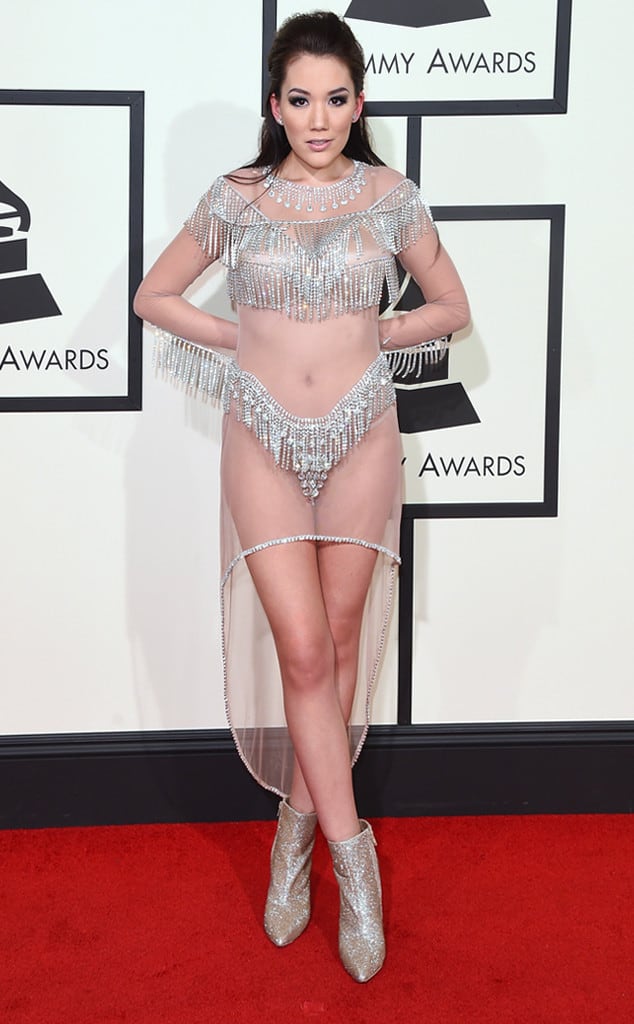 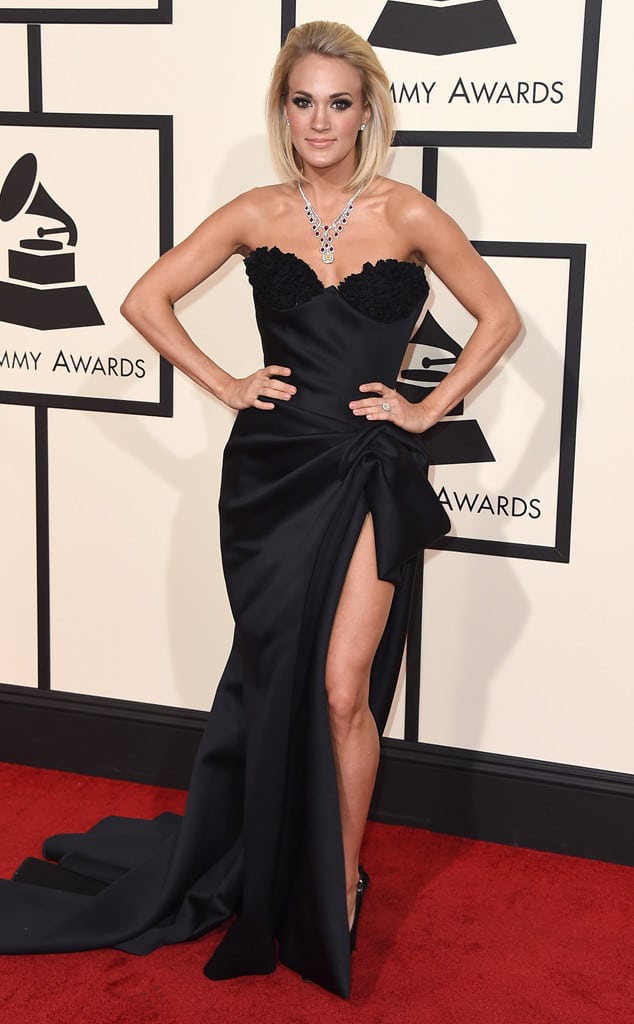 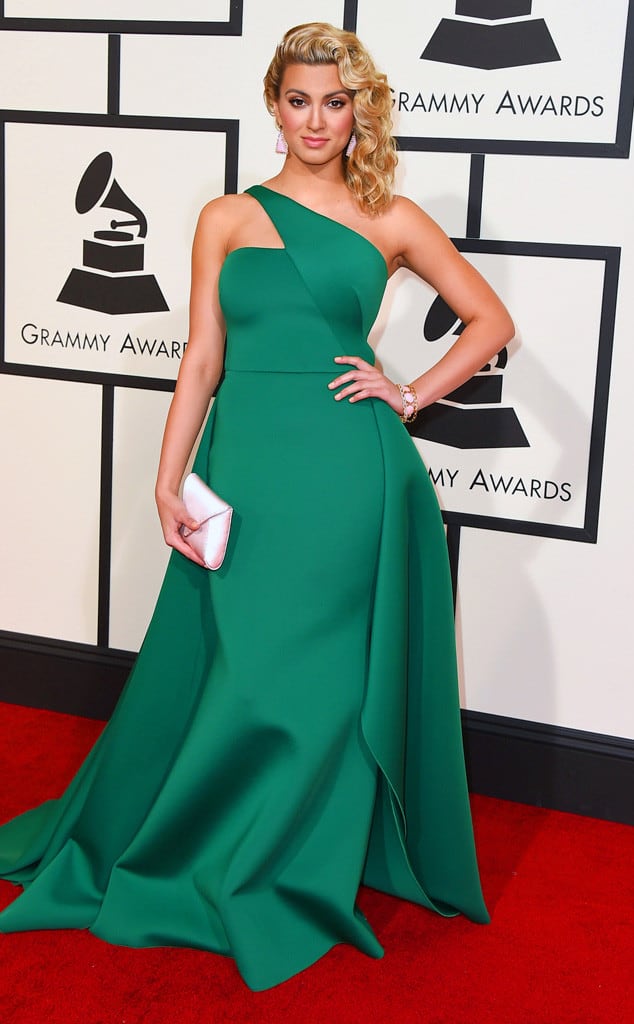 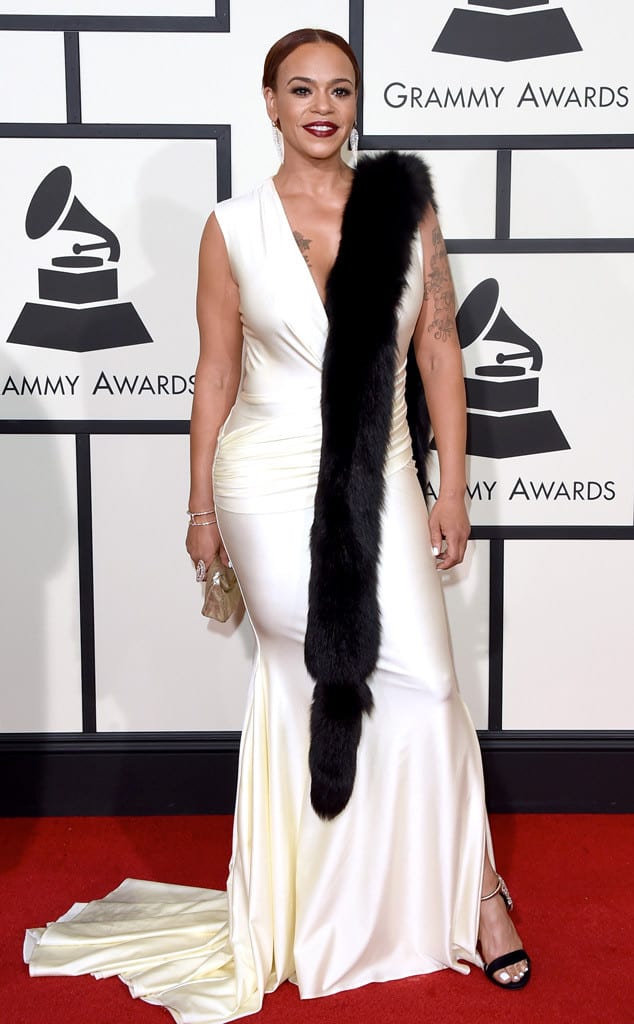 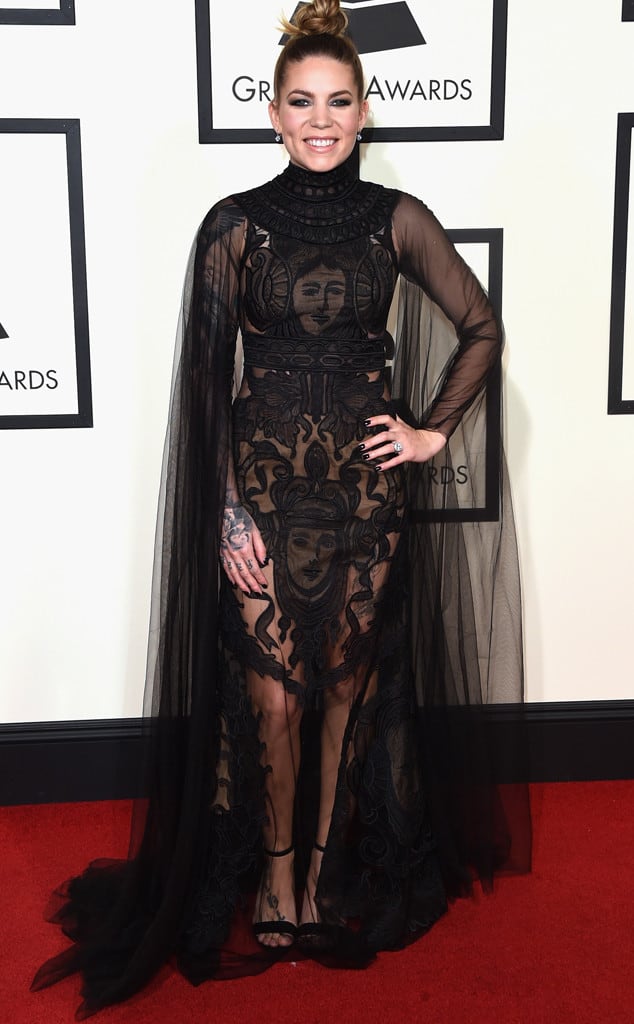 There were some great moments, some too-few great gowns, but all in all I’m sticking to my first impression: it was a more-worst-than-best-red carpet, boring, and very unconformable event altogether.

Your turn now, in the comments below.